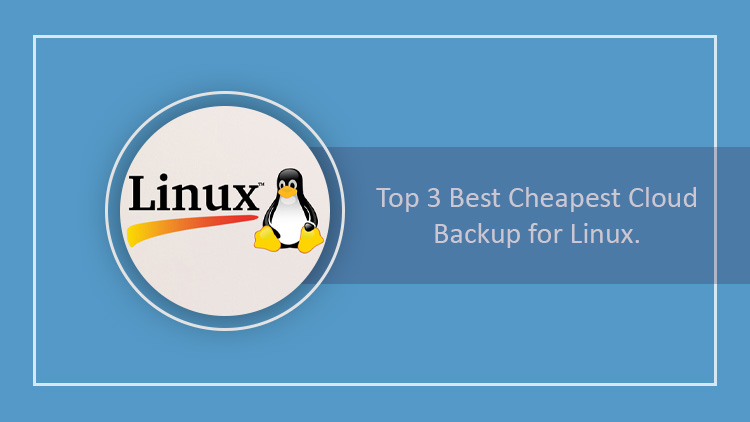 Nano Tech 365’ favorite backup picks for Linux. Before we get to that, though, let me first remind you of the thumbs up if you like this blog and obviously, the Subscribe My site if you'd like to know every time we put up another one of these blogs. Now with that out of the way let's talk Linux If you’re any kind of Linux user, you probably know that a lot of software the rest of the world uses either barely works, if at all, on your OS of choice. This isn’t the biggest deal, though, because in return you get flexibility, privacy and, maybe most important of all, savings, as a lot of the programs you’re rocking are free or near enough.

However, you’re often missing out on cloud-based software because those servers don’t pay for themselves. At the same time, with the market share of the penguin growing, more and more cloud-based services are creating clients and workarounds for Linux. Online backup is no different and over the last five years or so some of the biggest players in the market have made their services available on Linux. So, the upshot is that while you have less choice than your Windows-using neighbours, you still have plenty of options available, even though some of them are kind of weird.

CloudBerry Backup: The best example is our top pick for Linux backup, which is CloudBerry Backup. CloudBerry is a service that only lets you schedule backups and picks which files go into the cloud, it doesn’t come with backup space of its own, and you have to buy that separately. For the purposes of this blog, and the companion article I’ll link in the comment box if you want, we went with Wasabi as the provider of the storage space. For one, it plays nice with CloudBerry, and secondly it’s pretty cheap. Wasabi will cost you about five dollars for a terabyte of storage per month, while CloudBerry can cost you as little as fifty bucks, and that’s a one-time fee, too.

Another reason we recommend CloudBerry for Linux users is that it’s a highly customizable piece of software which should meet Team Penguin’s desire to fiddle with dials and buttons. Unlike with many backup providers, CloudBerry lets you decide when to back up, what to backup, and plenty more besides. Altogether, it’s a great choice, and it offers great security, too.

Now, while all that probably sounds good, we still have two other on tenders we want to mention. Both are cloud-based, so have the storage space included, and will generally automate more processes for you, making them a better fit for the set-it-and-forget-it crowd.

CrashPlan: The runner-up is CrashPlan, which is aimed at small businesses exclusively since abandoning its consumer version about two years ago. This means it’s not the best solution for people uploading only a few gigs worth of data, but a better fit for small companies that run Linux but don’t want to mess around with something like CloudBerry. CrashPlan is ten dollars per month for unlimited backup for one computer, which makes it decent, but not great value.

SpiderOak: Our last recommendation is SpiderOak One, which is one of the first storage and backup services to offer Linux support, making it an old faithful in this category. Another upside is that it offers both storage and backup from five dollars per month, making it a very flexible solution. However, it is a pain to use, so that’s why we’re ranking it last in this little roundup. That’s it from us for today, we hope you Linux users were able to understand the lay of the land a bit better.

For more detail, check out my upcoming article and obviously please subscribe and have a good one. See you in my next blog.